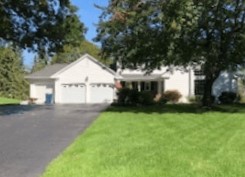 Give these homeowners in Fairport NY a medal: They managed to make their heat pump system last forty years! The lifespans are usually half that at most. But, with proper care and upkeep, these homeowners kept theirs for much longer, even if it did cost them a little comfort and higher energy bills towards the end.

The system was still working when they called Airquip about a replacement for the heat pump and air handler. The rising energy bills over the past few years was the original reason they called. And, they didn’t want to get caught off-guard with a sudden, and costly breakdown.

In this case study, we’ll look at why it’s a good idea to replace an aging system before it breaks down for good. And, we’ll see what our homeowners chose for a replacement, and how it benefits them.

Solution: Replaced the system with a Trane XR16 heat pump and variable-speed air handler. The new system is more efficient and comfortable.

Replacing a Heat Pump System Before it Breaks Down

A new heat pump and air handler system — or any HVAC setup, really — is a significant investment. So, for most people, they believe it makes sense to not purchase a new system until the old one completely craps out. After all, they think they've saved money every year they don’t have to buy a new system. But, after a while, that strategy doesn’t work anymore.

Eventually, any system, no matter how well you maintain it, gets worn out. And that doesn’t necessarily equal equipment failure. Often, the signs are more subtle, and can cost you in the long run. You may notice your home isn’t as warm as it should be in the winter. Or, summers are getting hotter and stickier — inside the house. For our homeowners, the breaking point was the bills. Even though they hadn't spent money on a new system, this older one wasn't making them very comfortable, and was actually costing them more than it ever had before. They thought, who wants to pay more for their home comfort than they should, and it's not even doing the trick?!

It’s common for older systems to use more energy than they used to. As they start to wear down, it takes more for them to do the job. Meanwhile, technology has evolved a lot since many of these older systems were installed (especially this one). The new models out now use a fraction of the energy that even a top-of-the-line heat pump and air handler took up forty years ago. So, each year they stuck with their old system was another year of paying gradually more and more than they should on their utility bills.

Finally, replacing an old system before it breaks down for good gives you peace of mind — and fewer expenses.

Think about it: When do you think an old furnace or AC will break down? In mild weather or the middle of winter or summer? It’ll most likely go when it’s working its hardest. That’s when you need it most — and when other people have the same problem.

Waiting until the breakdown could mean going way too long without heat or AC. During those peak seasons, many HVAC companies end up with backlogs. The alternative is paying extra for priority service. It jumps you to the front of the line — but at a price. Our homeowners in Fairport wanted to avoid all that. This way, they could take their time finding a new system. And, they’d get a jump start on those lower energy bills. 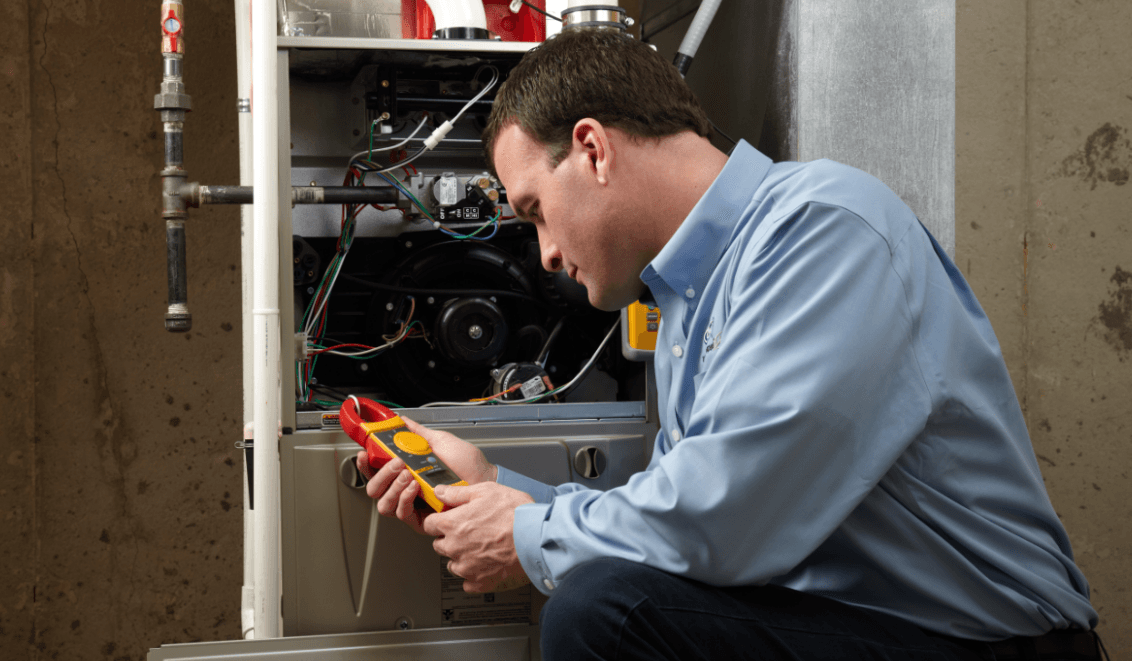 Our homeowner was ready to replace the old system. Now, it was just a question of choosing the best new heat pump and air handler for this suburban home. The new Trane setup is Energy Star-certified. It meets strict government standards showing that it uses less energy to do the same job as other models that use more.

So, not only do the homeowners save money by replacing an out-of-date system. They’re also using less energy than other options on the market today. Let’s see how these savings — and other perks — shake out.

Benefits of a New Heat Pump

Heat pumps used to get a bad rap, especially in colder parts of the country like Upstate New York. Way back when, they didn’t always do the job once it got too cold out. That’s not the case now. Today’s heat pumps work in weather as cold as 13 degrees below zero Fahrenheit. So, our homeowners don’t worry at all about the system not working.

Next is the variable speed air handler. Variable speed is a newer feature that lowers your energy bills and makes the system last longer.

Here’s the deal: Traditional setups have two modes: On and off. That’s why you hear your furnace or AC click on and off a few times an hour. That process is called cycling. When the thermostat reads a change in temperature, the system kicks on to correct it. Then it shuts off once the temperature is where you set it.

It works well enough. But, it means you get temperature fluctuations. And, there’s wear and tear on the system from stopping and starting.

Instead, our homeowner’s new variable speed system spends most of the time running in a low-power mode. It’s using very little energy. But, it’s continuously maintaining the temperature instead of suddenly clicking on to correct it. Overall, this translates into less energy usage, less wear and tear, and more comfort.

Whether you’ve managed to keep your heat pump and air handler going way past their usual expiration dates or you’ve noticed some problems with your current system, give Airquip a call at (585) 641-3080. With a free consultation, we’ll let you know if it’s time for a replacement or if you can get a few more seasons out of it. With some preventative maintenance, you can get the most out of any HVAC system. That means keeping it for longer, and enjoying lower energy bills than if you just let it run to failure. Or, if it’s time for a new one, we’ll help you find the one that fits your home — and your budget — just right.
Share This Posting
TAKE A BREATH OF
FRESH AIR
SCHEDULE AN APPOINTMENT