What To Do When Your Pipes Freeze in Rochester, NY 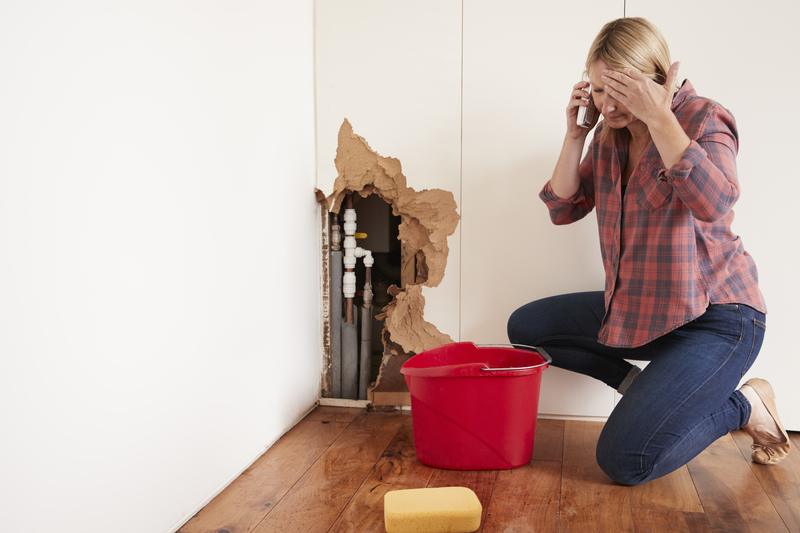 If your pipes freeze, the first thing to do is shut off your water main. Next, open the faucets in the house. Finally, use a safe method to heat the frozen pipe until the ice inside it thaws.

Frozen pipes aren’t a big deal — as long as you catch them soon enough. Leave them too long, however, and you’ll end up with thousands of dollars in damage if one bursts. The problem isn’t necessarily the ice. Instead, it’s the water that builds up behind it.

Eventually, the pressure becomes too much. When the pipe finally bursts, you have dozens of gallons of water pouring into your home every minute. And, the conditions are often just right here in Rochester, NY, for it to happen.

Once the temperature dips below 20 degrees, pipes can freeze. And, out near Lake Ontario and Lake Erie, it’s commonly a little colder than that at night in January in February.

Fortunately, it’s an easy fix as long as you’re on top of the problem.

Today, we’ll review how to tell if this has happened in your home. And, we’ll go over what to do about it.

Four Signs Your Pipes Are Frozen

Four ways to tell your pipes are frozen: Let's take a look at each one...

Dry faucets are usually the first sign people notice: They turn on the tap, and nothing happens. Or, the water runs for a short time, then stops. The problem is the ice block in the line.

Once you’ve used up all the water on your side of the blockage, no more can come through. The problem usually takes hold at night, since that’s when it’s coldest out. So, if you wake up to no water, it’s likely this is the case.

You See Frost On a Pipe

If you’ve got no water, it’s time to confirm your suspicions — and find the root of the problem. One way to tell is if you notice frost on a pipe inside. If you find this, you’ve also seen the exact point where the problem lies. But, not spotting any frost inside doesn’t mean the problem’s not occurring.

Instead, the blockage could be in a part of the line you can’t see. If the ice is behind a wall, for instance, you won’t find it with a visual inspection. 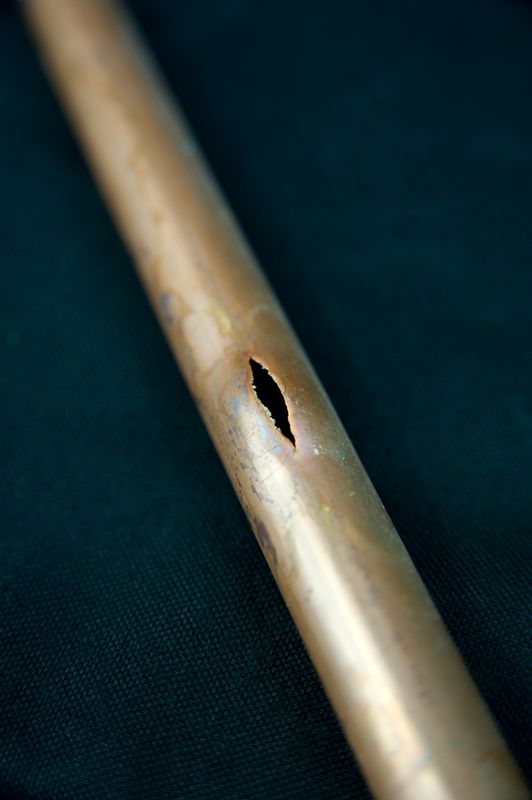 A Pipe Is Bulging

This is a major warning sign. If you have no water and find a bulging pipe, turn off that water main immediately. We mentioned before that a burst occurs because of the pressure building up behind a block. Well, a bulge means that starting to happen.

You’re seeing the water begin pushing out against the line. At that point, it’s just a matter of time before it ruptures. Fortunately, turning off the water main presents any more pressure from building up.

A Wall Is Damp

We’ve got bad news: If you notice a damp interior wall, the worst has likely happened: There’s a burst, and you just haven’t found it yet.

At this point, your best bet is to turn off the water main and call a plumber. With any luck, the damage isn’t too bad yet. But, you want to get someone on the case right away. The water behind the walls can lead to a mold problem if you don’t do anything about it.

You can usually thaw a frozen pipe without calling in a professional. Here are three easy ways: As we mentioned before, however, the first step is turning off the water main. This way, more water doesn’t build up. Next, turn on your faucets. This trick relieves pressure in the pipes. And, you’ll know you fixed the problem when the water starts running again.

Use a Hair Dryer or Space Heater 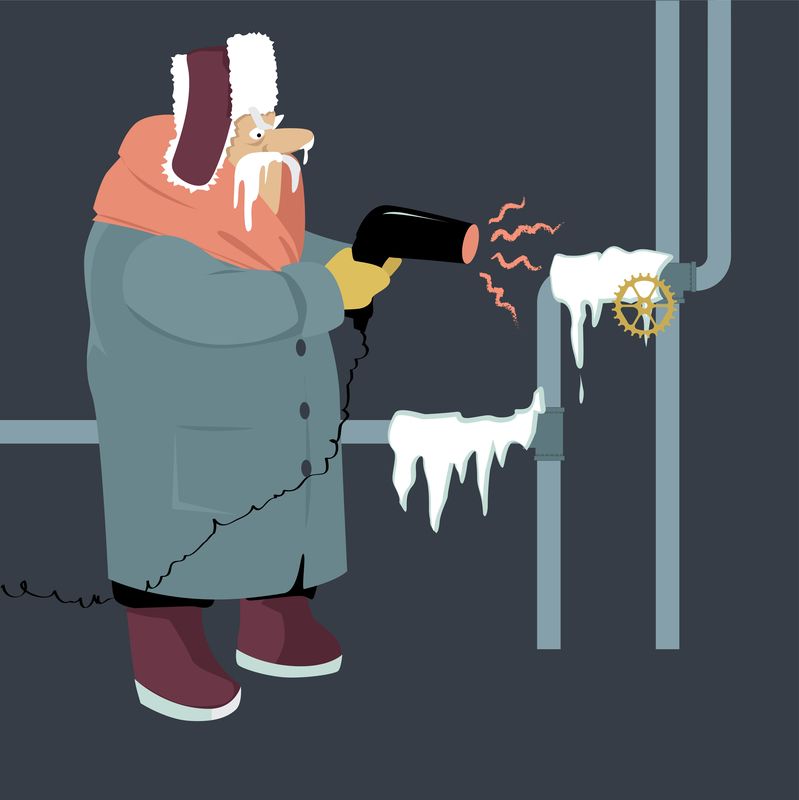 The quickest way to melt the ice is to apply heat directly to the area where it’s located. However, let’s stop right here for a moment: Don’t ever use an open flame. Sure, it’s really hot. But it’s also dangerous.You can quickly damage the plumbing fixtures with it.

If you’ve located the problem, apply heat right there. A hairdryer is most direct, but the space heater does the trick, too.

If you haven’t noticed the frost anywhere, then concentrate on the main coming into your house. That’s usually in the basement. Eventually, the heat will make it down the line.

If you don’t have a portable heating source handy, try soaking some towels in warm water and then wrap the pipes in them. It’s a little messier. But, the heat from the water will transfer to the line. And, you can cover more ground this way. You also don’t have to stand there with a hairdryer.

You may not have this in the house. But, if you’re having trouble melting the ice, or if it keeps happening, electrical tape is a good and relatively small investment.

What you’ll do is wrap the pipe with the tape, which has heating nodes build into it. Then, plug it in. The thermal energy it creates will travel through the line.

If you can’t find the exact spot to treat, or if it’s just being difficult, this will do the trick.

If you’re noticing this problem a lot in the winter, give Airquip a call at (585) 641-3080. The problem could be inadequate heating or a lack of insulation in your home. We can locate drafts or otherwise identify the problem. And, we’ll help you come up with a strategy to fix it.
Share This Posting
TAKE A BREATH OF
FRESH AIR
SCHEDULE AN APPOINTMENT