Can A Power Surge Damage My Air Conditioner Or Furnace? 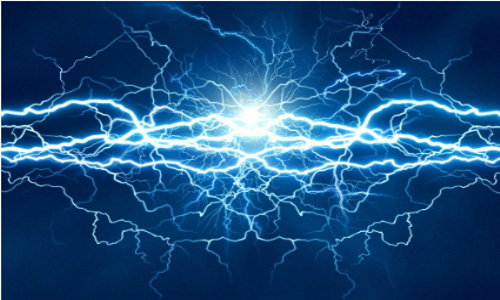 It’s easy to take electricity for granted. As a homeowner, you don’t usually think much about whether your utility company is providing clean, uninterrupted electrical current. But, like anything else, there’s always the chance of there being a problem.
A power surge can damage an air conditioner or furnace, along with any device or appliance that uses electricity. And, unlike a coffee maker or another small device, those can cost a lot of money to replace.
And, events like these, along with power outages, brownouts, and blackouts, don’t discriminate. They can occur in any home and at any time, including in Western NY. In fact, the American Society of Civil Engineers estimates these disturbances cost homeowners millions of dollars every year.

First of all, let’s clear up a power surge vs. power outage. Both can damage your electronics. But, they're two very different things.
A power outage is simply when there’s no electricity coming into your home. The problem could be on your end, like bad wiring or a break somewhere. But, a lot of times it happens because there’s a breakdown at a power station. Or, something happened to the electric lines leading to your house.
When there’s a power outage over a large area, like a few streets or a whole town, that’s a blackout. And, it has a cousin: the brownout. That’s when the power dips for a few moments. You’ll notice the lights dimming for a second or two.
Now, onto the power surge. It’s the opposite of a blackout or brownout. This is when there’s too much power coming in, not too little.
Just about every home in the country receives electrical power at 120 volts. So, manufacturers design electronics and appliances to handle that much power.
Meanwhile, homes have alternating current. The electricity actually flows into the house and then back out again.
It’s set up like this because the power gets sent out higher than 120 volts. This accounts for voltage loss from the power station to your home due to resistance. This way, the power reaches everywhere it needs to go.
Your house has an alternator that regulates the voltage. This way you get a steady 120 volts coming in.
But, sometimes a much more powerful current blasts through the lines. This could be from a lightning strike making a sudden rise in power. Or, there’s a problem along the line somewhere.
Either way, now there’s way too much power for the alternator in your home to regulate. Suddenly, everything in your house gets way more than 120 volts. And, that can cause big problems.

Power Surge Effect on an Air Conditioner, Circuit Board, or Furnace 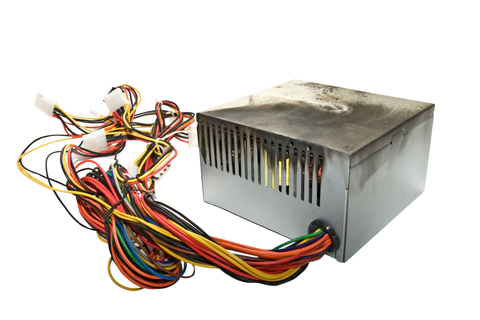 A power surge can have an effect anything that uses electricity. And, when it comes to big ticket items like an air conditioner, circuit board or furnace, it can end up costing you a lot of money.
Here’s what happens: All your electronics have capacitors in them. These regulate the amount of power the appliance gets at any moment.
But, they can only hand so much power. Push too much, and they’ll get fried. And, once they stop working, so does whatever it’s powering.
Meanwhile, electric current generates heat. The stronger the current, the more of it there is.
Blast too much electricity into those components, and they get way too hot. Then, the circuit board or other parts of it can short out or break.
That’s what happens when a power surge hits your electronics: It fries the capacitors and circuit board. Once that happens, whatever you have is now broken.
Now,  most people plug their electronics into power strips. Those are surge protectors. They’re made to block any sudden increases in power beyond 120 volts. These keep your laptops and tv’s safe.
But, that doesn’t do much for bigger appliances. And in the HVAC world, that’s your air conditioner and furnace.
Even a gas or oil furnace requires some electricity to function. And, if it gets too much at once, it can break just like any other device. The problem is, people usually don’t protect them the same way.
Those appliances use a lot more electricity than toasters or alarm clocks. So, they plug into special 220-volt outlets. These provide more power than the other ones in the house.
But, even still, you don’t want too much power hitting these appliances. They’ll break just like smaller, and less expensive devices. And, the price tag will be much higher if you have to replace them.

How can I prevent power surge damage at home?


Preventing power surge damage at home is actually pretty easy. Here are a few things to do:
The first one’s easy: just unplug anything you’re not using. This way it can’t get fried. And, that’s especially important when there’s an outage. You don’t want the device to suddenly get a blast of energy when the power comes back on.
The next best thing is to use surge protectors or power strips. This makes the most sense for things like TVs and stereos. Odds are you’ll leave these plugged in.
If you’re noticing a lot of surges, though, you’ll want to do a little more. We recommend having an electrician check the wiring in your house.
If it’s old, it may not be able to do the job anymore. Even if it’s in good shape, people didn’t use nearly as many electronics 30 years ago as they do now. So, they didn’t create the wiring to handle all the power people need today.
Last but certainly not least, you want to protect your biggest, most expensive appliances. For these, you should look at volt surge protectors.
These work much like a power strip for smaller electronics. But, they are made to handle the stronger voltage most appliances require. And, they cost way less than a new furnace or air conditioner.
At Airquip, we install 220-volt surge protectors in homes from Rochester to Buffalo. Usually, we put them at the top of your circuit panel. This way, you’re adding protection before any power reaches the actual circuits in your home.
Sometimes, we can’t put one in on a circuit board. Even so, that’s no problem. We put in protectors at the disconnect points for your furnace and air conditioner. This stops excess power from hitting those appliances specifically.
This way, no matter how strong a surge comes into your house, it won’t get very far. And, it certainly won’t get to those expensive appliances.
The cost to purchase and install the protector depends on the appliance. But, they’re all less than $250. And, there are opportunities to get them for free with an extended warranty.
It’s a small investment, especially when you compare that to what it would cost to replace a major HVAC appliance.
Contact us at (585) 641-3080 or email us at info@airquipheating.com to find out more about protecting your home and HVAC equipment from power surges.
Share This Posting
TAKE A BREATH OF
FRESH AIR
SCHEDULE AN APPOINTMENT